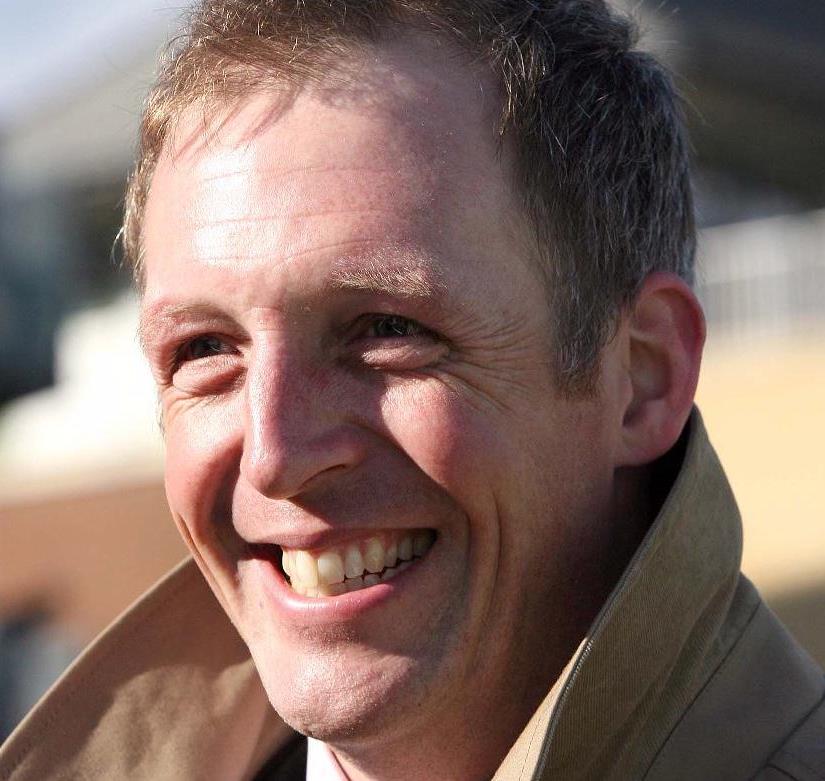 David Pipe was tailor made to train racehorses. Son of Martin Pipe CBE, fifteen times champion National Hunt trainer, and the most successful jumps trainer in British racing history.  Since his father’s retirement from training at the end of April 2006, David has wasted no time putting his own name in the record books.

His first Cheltenham Festival winner came in 2007 when Gaspara won the Fred Winter. Since then nothing but success has come year after year. David has trained winners at every jumps track in Britain, trained a Grand National winner “Comply Or Die” and 14 Cheltenham Festival winners so far. Other big race victories, include the Hennessy Gold Cup "Madison du Berlais" and just for good measure a Royal Ascot winner "Junior" plus Chester Cup success on the flat have also been claimed.

David has now passed the 1,000-career winner mark and firmly established himself as one of the best trainers in the country. We are delighted to be involved with David Pipe and his team at Pond house stables and look forward to many great days out.

Jamie Snowden nurtured a passion for racing from an early age, through Pony Club, hunting, and Point to Pointing. Whilst studying, he rode for Nigel Twiston Davies, Sue Smith & Chris Grant.

After a season as pupil assistant for trainer Paul Nicholls, Jamie then worked for three seasons as assistant trainer and amateur jockey to Nicky Henderson. Jamie rode in the region of 100 winners, including “First Love” for Her Majesty the Queen. Jamie started his own training career in 2008. Three years later and with 20 winners in the bag, a move to Folly House stables in Lambourn took place.

With the outstanding Lambourn facilities on his doorstep Jamie has wasted no time in making a name for himself. Present View won the Rewards4Racing novice chase at the Cheltenham Festival. Horses such as Pacify & Fact Of The Matter are current big race contenders for this successful yard.

The winners keep flowing from Folly house with previous totals surpassed each season.

Value Racing Club is delighted to be part of Jamie's continued success and growth.

Mick Appleby has been involved in horse racing from an early age. Mick started his career as a jockey, riding numerous winners. Training was always on the forefront of Mick’s mind and in 2008, he became head lad to Andrew Balding. Mick learnt his trade at the famous Kingsclere Stables working with top-class horses whilst gaining valuable experience.

In 2011, Mick had his first full season of training horses himself. Twenty winners was the season’s total. From then on, winners have flowed, with prize money regularly reaching £800,000 plus per season.

Now training at the purpose-built Langham stables, plenty of big race wins have been trained by Mick. The likes of Danzeno, “Group winner” Guishan and Big Country are familiar names that have done very well.

Value Racing Club are look forward to being involved in the yard’s current and future success.

Tom served his apprenticeship breaking-in and schooling young horses under the legendary Captain Charles Radclyffe. Tom also worked as a pupil assistant trainer in two prominent National Hunt stables and progressed to become Head Lad for one of the country's leading flat trainers.

Tom also rode successfully in Point-to-Points, having twenty-seven winners. Tom trains from Cottage Field Stables in a picturesque location in Herefordshire. In recent years, the yard's 20% win strike rate is second to none and a stat very few can match.

With horses such as Tea Clipper & Kimberlite Candy under Tom’s guidance, more big days out await. Value Racing Club look forward to being part of the yard's future success.

Tristan Davidson didn’t come from a racing background but the love of horses from a young age, soon pointed him towards a racing career.

With a smaller string of horses, this ensures each one receives individual one to one care and attention. Tristan’s hard work is certainly paying off with results coming from this Cumbrian based yard catching the eye.

A combined win strike rate of 20% under both codes is good as any trainer in the country whilst 50% of the yards runners, finish in the places or better every time.

We look forward to working with Tristan as our Northern based trainer and recruiting a strong team of horses with him.