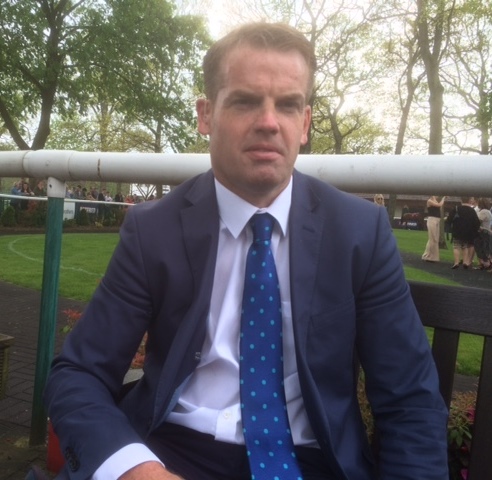 Value Racing Club are delighted to have the UK's leading form guru and Racing UK pundit, Mark Howard as our Club Ambassador.

Since 1993 Mark has written the excellent Ahead On The Flat & One Jump Ahead publications, Mark has contributed to the Racing Post Weekender, Irish Field and Racing & Football Outlook. Value Racing Club will utilize his skills and gain thoughts on any prospective new horse.

“The fact Value Racing Club was set up in 2013 and is still going as strongly as it has ever been is an indication of the impression the syndicate has made during that period. The Lincolnshire National at Market Rasen on Boxing Day was another example of their shrewd purchasing policy. The ex-Irish trained Hugo ‘N Taz was acquired for £19,000 at the 2019 Goffs UK August Sale. A few months later under the guidance of David Pipe, the Kayf Tara gelding won the stamina sapping three miles three handicap by four lengths off a mark of 112 on his first run for his new connections.

Ebony Express was acquired cheaply out of the late Alan Swinbank’s yard before scooping the £70,000 Imperial Cup in 2015, staying chaser Audacious Plan only cost £8,500 and has won three out of four since sporting the VRC silks, including the aforementioned Durham National. West Of The Edge won three times and finished second in the Eider Chase after being bought for £14,000 and that’s just for starters.

VRC is expertly run by James Couldwell, who I have known for many years and trust implicitly. You will be hard pressed to find a more conscientious and hardworking racing manager, too.

Very much a nationwide syndicate with runners throughout the country, its trainers include Grand National winning trainer David Pipe, plus Philip Kirby and Mick Appleby. The first named has a reputation for being one of the best in the business, while the second has established himself as force in the northern jumping scene for some time now. Cheltenham Festival winning handlers Jamie Snowden and Harry Whittington also appear on VRC’s trainer roster, while Herefordshire based Tom Lacey was added in 2020. The last named has made a big impression in recent seasons, including with Warwick Classic Chase winner and Becher Chase runner-up Kimberlite Candy. Mick Appleby, Value Racing Club’s flat trainer needs little introduction. He has a remarkable record of improving other people’s cast offs.

Unlike many oversubscribed racing syndicates, VRC offers the personal touch with one to one correspondence with its enthusiastic and hardworking manager. In addition to regular stable visits, days at the races and inside information from the stables involved, the club offers a tremendous opportunity for the man in the street at an affordable price. I have no hesitation in recommending Value Racing Club. It didn’t acquire its name by accident."