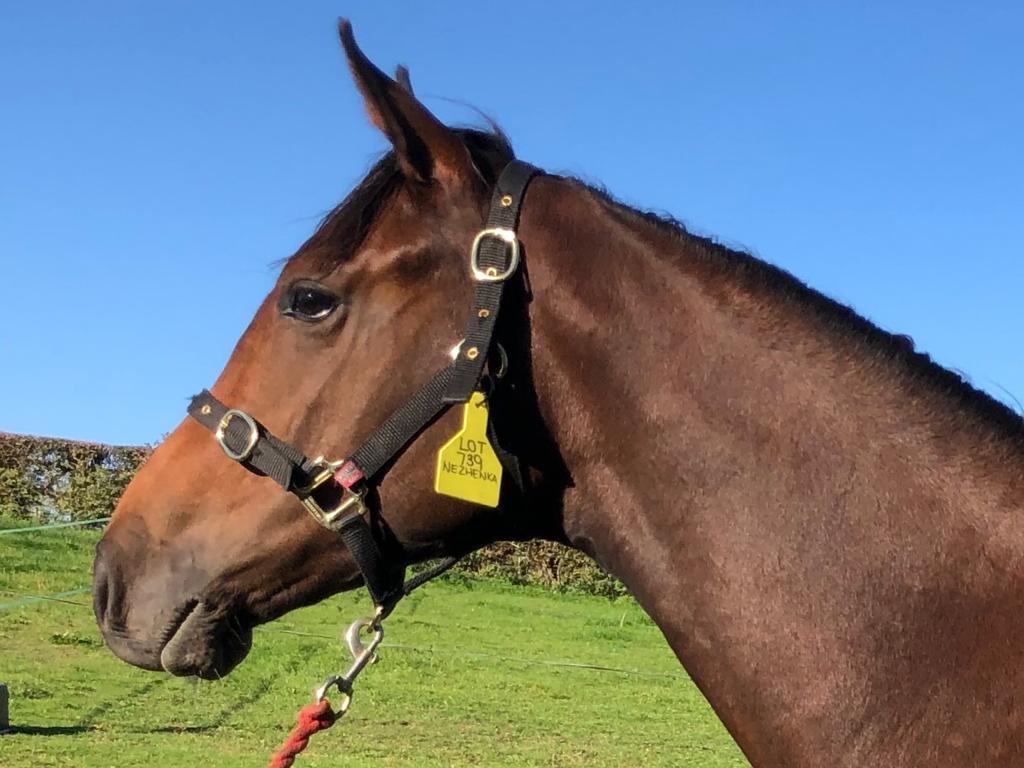 Kotyonok which means cat in Russian, is the first yearling horse we've ever purchased. He was named by his owners and follows on with the Russian family theme.

Kotyonok cost just £3,200 from the Goffs Sportsman Sale. The reason we were interested, he's a half-brother to Nikolayeva whom we've done very well with.

By Bobbie's Kitten, a Breeders Cup winning sprinter, the results from his first crop of horses have been impressive. The dam is Nezhenka, who's proven and already produced the likes of Timoshenko, seven time flat winner and our very own Nikolayeva.

Kotyonok is nicely put together, he's going to be a strong horse whilst there's nothing wrong with his breeding. On paper, he should have cost a lot more than he did. It will hopefully be an interesting venture.

Kotyonok will be trained by Mick Appleby.